Europe-INBO International Conference: save the dates of the 20th anniversary edition! 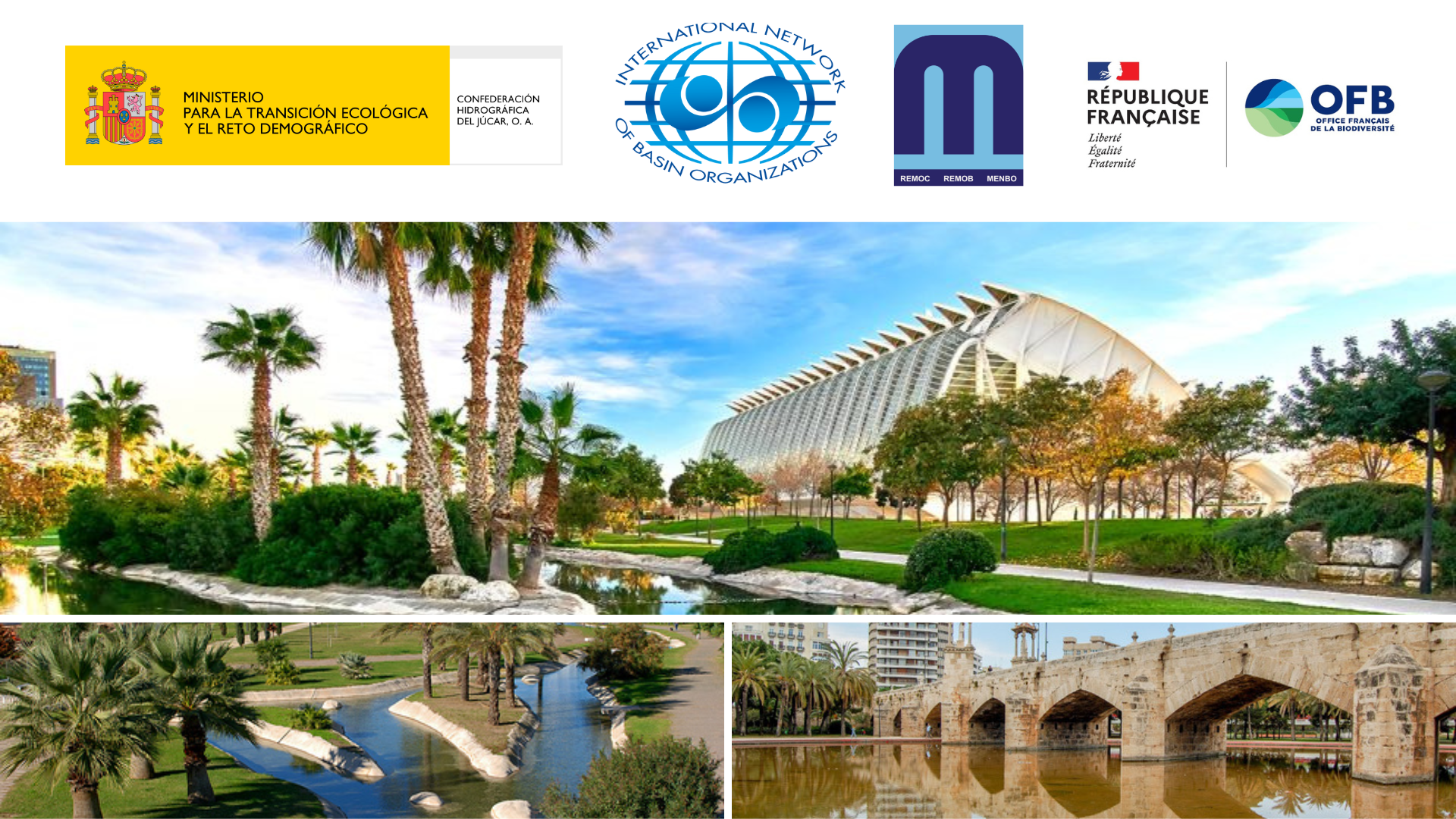 On this special occasion, we will have the pleasure to welcome you from Monday 16th to Thursday 19th of October in a symbolic site, where the Europe-INBO network was born in 2003: the marvelous city of Valencia, in Spain (Auditorium Santiago Grisolia, Príncipe Felipe Science Museum, City of Arts and Sciences).

This 2023 Europe-INBO International Conference will be held at the invitation of our host, the Hydrographic Confederation of the Júcar river basin (CHJ), and in partnership with :

It will gather representatives of EU Member States, national and regional water directorates and administrations, hydrographic district authorities and basin organizations and more broadly stakeholders involved in basin management and in the implementation of the Water Framework Directive (WFD), its "Daughter Directives" and other related policies, directives and regulations.

Simultaneous interpretation will be available in English-Spanish-French for all of the plenary sessions of the Europe-INBO Conference.

As usual, the Conference will be open to delegates from EU candidate countries and countries of Eastern European, the Balkans, the Caucasus and Central Asia interested in the EU policies, tools and methodologies for the planning of Integrated Water Resources Management (IWRM) at basin level.

A specificity of this very particular edition: since the Mediterranean Network of Basin Organizations (MENBO) will also be celebrating its 20th anniversary and the statutary sessions of its General Assembly, basin management actors from both shores of the Mediterranean Sea will also be invited to take part in the exchanges between practitioners of the management of the water resources of lakes, rivers and aquifers.

Save the dates now to have the opportunity to participate in the 2023 Europe-INBO International Conference and share your experiences on basin management!